Seattle’s economy is driven by a mix of older industrial companies, and “new economy” Internet and technology companies, service, design and clean technology companies. The city’s gross metropolitan product was $231 billion in 2010, making it the 11th largest metropolitan economy in the United States. The Port of Seattle, which also operates Seattle–Tacoma International Airport, is a major gateway for trade with Asia and cruises to Alaska, and is the 8th largest port in the United States in terms of container capacity. Though it was affected by the Great Recession, Seattle has retained a comparatively strong economy, and remains a hotbed for start-up businesses, especially in green building and clean technologies: it was ranked as America’s No. 1 “smarter city” based on its government policies and green economy. In February 2010, the city government committed Seattle to becoming North America’s first “climate neutral” city, with a goal of reaching zero net per capita greenhouse gas emissions by 2030.

Opportunity awaits just around the corner…grab a slot before Seattle reaches capacity to help your sales team be more effective and more efficient! 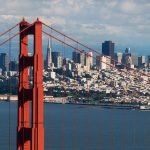 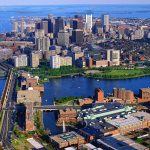