The Tampa Bay Area is the region of west central Florida adjacent to Tampa Bay. Definitions of the region vary. It is often considered equivalent to the Tampa–St. Petersburg–Clearwater Metropolitan Statistical Area (or MSA) defined by the United States Census Bureau.

A wider definition is adopted by other entities, including state agencies like Enterprise Florida and the Florida Department of Transportation, and the Tampa Bay Partnership, a not-for-profit organization created to promote economic growth in the region. These entities include additional nearby counties. According to the Tampa Bay Partnership the Greater Tampa Bay Region contains 4 million residents. The Tampa Bay Partnership and U.S. Census data showed an average annual growth of 2.47 percent, or a gain of approximately 97,000 residents per year between 2000 and 2006. The combined Greater Tampa Bay region experienced a combined growth rate of 14.8 percent, growing from 3.4 million to 3.9 million and hitting the 4 million mark on April 1, 2007, in the continuous Tampa Bay urban area. A 2012 estimate of the Tampa Bay Area shows a population of about 4,310,524 people and a 2017 projection of about 4,706,854.

Opportunity awaits just around the corner…grab a slot before Tampa Bay reaches capacity to help your sales team be more effective and more efficient! 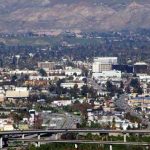 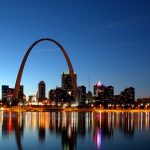